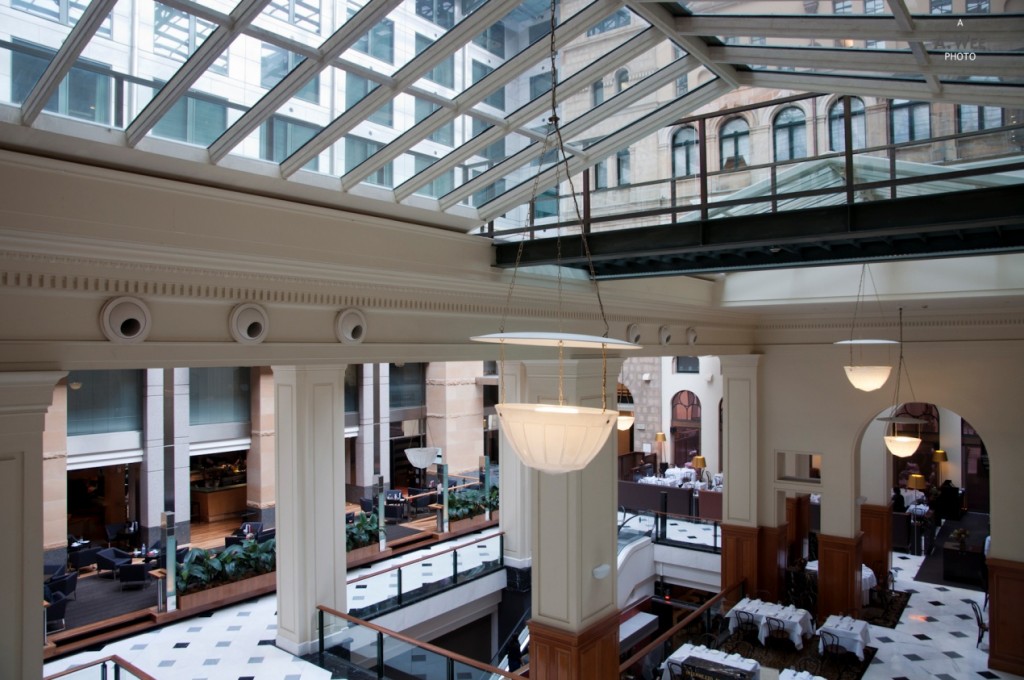 Warringah Plastics work can be found in the glass atrium of the Westin Hotel Martin Place which is formerly known as the General Post Office Sydney. The General Post office was originally designed by colonial architect James Barnet. The building didn’t go up quite as fast as they do today taking 15 years to fully complete as it was constructed in stages between 1866-1891.

Interestingly the main and beautiful clock tower was demolished in 1942 to reduce the visibility of the post office in case of a Japanese air riad on Sydney. It was fortunately rebuilt however in 1964.

It was the headquarters of the NSW postal system until 1996, but since then it has been sold and refurbished into the grand Westin Hotel. The building now contains shops, cafes, restaurants and bar. The Westin Hotel and Macquarie Bank office towers stand in the previous courtyard which is now converted into an atrium where you will find Warringah Plastics pendant light covers.

Australia Post isn’t all but gone from the building they still have a post shop at the corner of Martin Place and George Street – I wonder how long that will be there for?